Apiranthos, or t ‘Aperathou is a village in mountainous Naxos. It is 28 km from the capital of the island, built at an altitude of between 600 and 700 meters on the eastern foothills of Mount Lantern. With a population of 1,078 inhabitants (based on the 2001 census) the village is the second largest village after Filoti.

Apiranthos is a traditional stone-built village. As regards to the origin of its inhabitants there are many versions. Due to the similarity of culture and dialect etc. Crete, namely Sfakia and Anogia is probable that much of the native population Apeiranthos was from there.

There is, however, the version that villagers come from the coast of Asia Minor. Enshrined in 1413 by Christopher browser Bouodelmonti, as a remarkable village. Its inhabitants worked mainly in farming and the emery mines. 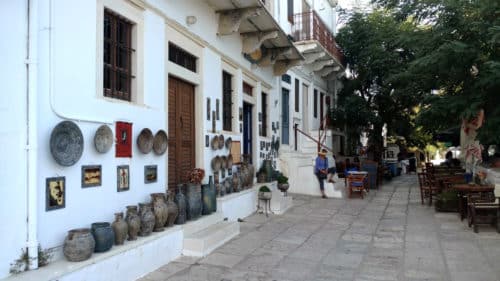 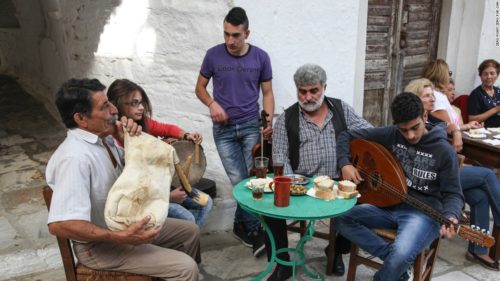