A Walk in the Archaeological Museum
Take breakfast at the museum site and stroll among impressive statues of the 5th and 6th centuries, see accessories used by ancient women in their hair, take a picture of life on Naxos and the surrounding islands, thousands of centuries ago. used by ancient women in their hair, View objects close up, tools, jewelry and cult statues left behind by people who lived in the area from the Late Neolithic era to the early Christian period (5300 BC-5th century AD.).

Scattered throughout Naxos, hidden in the green valleys of oak, maple, fig trees, olive trees and on top of mountains and hills are hundreds of churches, monasteries, fortified monastery and chapels built there many centuries ago, witness the rich religious past of the Islands.

Read More +
Make a pilgrimage to Naxos and see the religious monuments by car, on foot or by bike. In few places in Greece will find so many churches, monasteries and castles, with frescoes and blending architectural style found only in Naxos concentrated in one place. Visit the group of churches that is informally known as the “Byzantine Park” in the area of Tragaia, home to many impressive examples of Byzantine architecture in the Cyclades, including Notre Drosiani and pyrgomonastiro Fotodoti Christ, the 6th century, is the oldest monastery of Naxos. Discover “Little Mystras” in Naxos, as called valley Sagkriou, whose Byzantine character reminiscent of the famous Byzantine city of southern Peloponnese.
KOUROS APOLLON
The most impressive sight in the ancient quarry of Apollo is a huge unfinished kouros. Kouros, known as Apollo. The statue dates to the 6th century BC, is over 10 meters and opinions differ as to whether it is representing the god Apollo or Dionysus. The fact is that at the same time it was dated they had started the construction of the giant temple of Apollo in position Portara, raises questions about whether it is linked in some way to this temple. The statue was never completed or because it was cracked and could not be restored, or because for some reason it was canceled or not paid for.

The History of Love – Dionysus and Ariadne on Naxos

The ancient Greek mythology continues to enchant the world, young and old. Full of fans love stories and adventure with gods and goddesses, heroes and villains, mythology mixes in indissoluble tangle of facts and fiction, legend with history, reality and imagination.

In Naxos, visitors will get to see many such ancient monuments, artifacts, sites, shrines and temples and learn about the myths and stories that surround them, myths and the life of an entire millennia. The most famous mythical love story connected with the island is that of Ariadne and Dionysus. The story took place in the islet, where in the 6th century BC the temple of Apollo was built, even today some parts exist along with the imposing gate of the church, which the locals called Portara. Here, according to legend, Ariadne and Theseus, the king stopped to rest, returning from Crete. There the god Dionysus fell in love the beautiful Ariadne, while he was asleep. 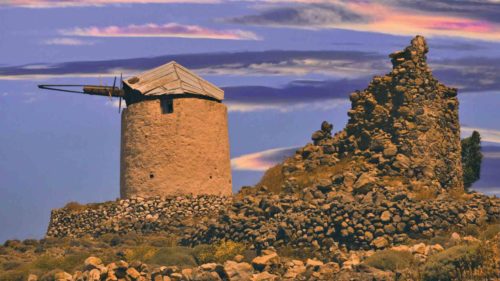 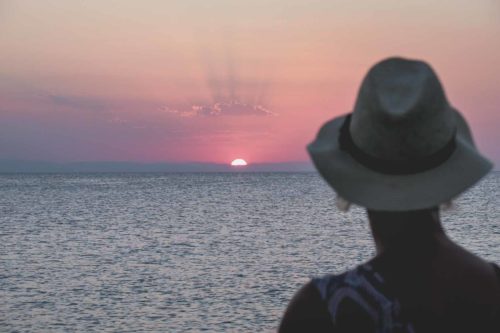